This is Cinnamon. He’s not just for candy hearts anymore. 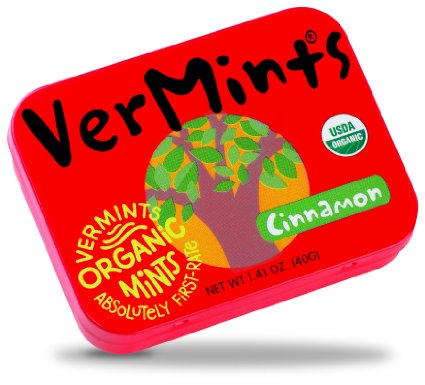 Cinnamon is a spicy vixen. Not for the faint at heart (or for lovers of cutesy heart-like things for that matter), Cinnamon is all kinds of bold wrapped in sass, sophistication, and a healthy dollop of pizazz. Cinnamon takes a backseat to no one. He likes the attention and hogs the spotlight with conviction (and without apology).

Cinnamon rushes the stage, does back flips, shouts from mountaintops, and sings karaoke in a crowd of strangers. He is living everyone’s inner voice’s dream. He acts without thinking. He crushes goals. He makes mincemeat out of fear. If you were ever on the Amazing Race, you’d want Cinnamon to be your sidekick.

Those who gravitate toward Cinnamon like to live on the edge – or simply wish that they could. They like their lives to be seasoned and their days to be zesty. They stay up late and get up early. They don’t suffer fools.

With Cinnamon in the mix, you’ve got tantalizing fun in a tin on the go. Spice up a meeting, add heat to a dull date, and transform “blah” into “rah rah!” in an instance. Cinnamon will light your fire with a swift heart kick and a whole lotta love. Just one makes life fun.

Be one of the first 100 subscribers* to our new email list and receive a new flavor of VerMints once a month for six months – direct to your doorstep! No catch; just mints.

Simply add your email address in the box on the left hand side under "Newsletter". Press GO and you're in!