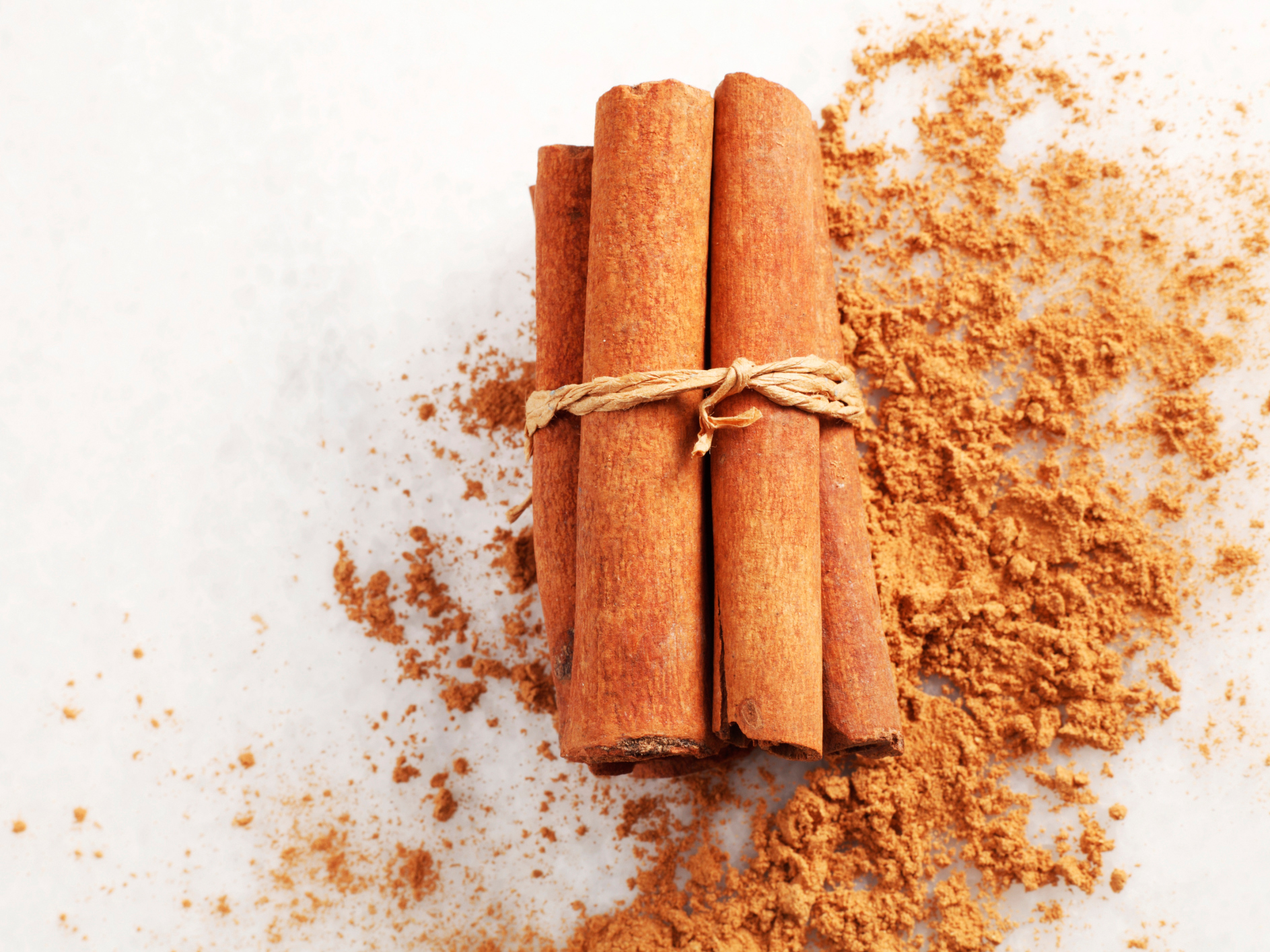 Confession — we’ve got a big old crush on cinnamon.

It won our hearts with its sweet n’ spicy flavor, but did you know it's also one of the healthiest, most medicinal herbs on the planet? We did a little digging on our aromatic amore and thought it was only fair to spread the love. Check out this list of fascinating reasons why cinnamon is one of our favourite superfoods.

Cinnamon contains high levels of manganese, the essential nutrient that helps maintain the health of your skin, bones, blood, and even your brain. Some studies show that cinnamon can even reverse cognitive impairment. In other words, it helps keep you sharp both inside and out.

We're all too aware of the terrifying toll refined sugar can take on your bod. Next time you’re craving something sweet, try swapping the sugar for cinnamon. It has less of an impact on your blood sugar levels which means your treat won’t make you feel like crap. In fact, cinnamon can actually lower blood sugar levels, making it a great choice for diabetics. Follow our Cinnamon Inspired Recipes Pinterest Board to see some of our favorite ways to use the wonder spice.

3. It assists in weight-loss

Cinnamon helps manage your waistline by speeding your metabolism and slowing the breakdown of food in your tummy. This means you’ll have more energy and feel full for longer. Add a teaspoon of cinnamon to your breakfast cereal to curb those mid-morning croissant cravings!

4. It keeps you moving

Along with cloves and turmeric, cinnamon is one of the world’s most potent natural anti-inflammatories, which are commonly used for the relief of stiff muscles and joints. Whether you’re suffering from an injury, arthritis, or just feeling extra stiff after a particularly intense workout, mix a little cinnamon into your herbal tea to help melt the pain away.

Anti-fungal, anti-bacterial, anti-viral, AND anti-septic — WOAH. That’s one strong spice. What this boils down to is that cinnamon is a germ assassin, wiping out nasty health villains like tooth decay, bad breath (cue our pal, Cinnamon VerMints), head colds, and even foot fungus!

Do you love cinnamon as much as we do? Let us know how you use this superfood by commenting below or connecting with us on Facebook and Twitter!