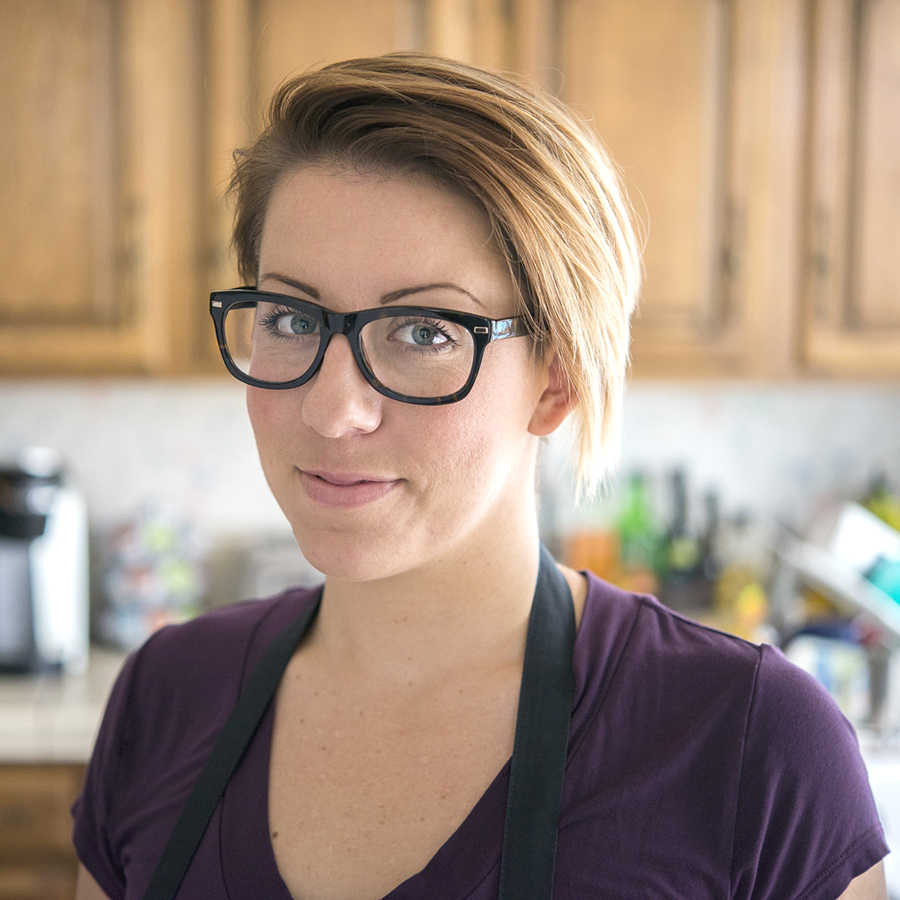 If you were under the impression that veganism is boring, two things: (1) You’ve been living under a rock, honey and (2) you clearly haven’t met Jackie Sobon, the founder of Vegan Yack Attack, a fun, fresh vegan food blog that packs some serious and delicious punch.

Straight up: Food is Jackie’s life.
She fully admits with a smile and exclamation points: “Sharing easy-to-make and tasty recipes for other people to make in their kitchens brings me immense joy! ”

Jackie started Vegan Yack Attack to document her own journey in the kitchen and her evolution from omnivore to vegan. It evolved into a creative vegan food blog featuring Jackie’s own recipes – inspired by her own health journey.

“Becoming vegan has made me infinitely more aware of what I’m putting in my body and how many crazy things are put into food,” Says Jackie. “Omitting animals and their products has helped my skin, helped in my workouts. I rarely get headaches (I had a lot before!) and I feel better overall.”

With a love (downright addiction, actually) to food, it just made sense that Jackie would spend her days dreaming up delicious ways to eat fruits, veggies, nuts, and seeds, then share it with the world.

“I marvel every day that my job is to play with and create food. It makes me immensely happy! ” Clearly, Jackie is overjoyed. She’s also adamant, though, that food is meant to be respected. “Know that what you put in your body should nourish it and help you, not damage you ,” she explains. “Of course, I’m not against the occasional vegan donut .”

When it comes to cooking, eating, and living the good life, Jackie has these three tips:

1. Cook with lots of color!

2. Eat seasonal produce. It’s the freshest and most nutrient-dense.

Vegan food is just as good – and often better!

Jackie’s all about blowing myths outta the water! She’s an unconventional chef with a penchant for surprising her omnivorous critics with delicious (and often effortless) vegan alternatives. “I eat some of the tastiest food out there – not dirt and grass like some think! You can create great vegan dishes without using crazy, hard to find ingredients.”

In fact, when Jackie isn’t creating, taste-testing, and photographing her own creations, she’s walking the talk (er... eating the talk?). Her day-to-day meals include smoothies, oatmeal, spoonfuls of nut butters, and bowls filled with veggies, grains, proteins, and sauces.

In fact, Jackie loves bowls of vegan goodness so much that she authored an entire cookbook of bountiful bowlfuls:Vegan Bowl Attack! We’re personal fans of the Biscuit Nachos. Okay, and the Buffalo Chickpea Mac n’ Cheese. Actually, we highly recommend you pre-order the book and eat your way through it cover to cover.

What you eat impacts more than just you

More and more, Jackie sees the impact that our diets are having on more than just our own minds and bodies, but also on the planet. And what’s happening is an uprising of conscious eaters. “More vegan products are coming out – I’ve read the vegan meat sector is increasing by millions if not billons! More people are trying to reduce their meat consumption and I’m all for it!”

To make it happen, Jackie recommends you invest in a blender. A really really good blender. A blender so great that if there was ever a fire, you’d save the blender and your kids. At the same time. “A good blender is a versatile appliance,” she says. “It makes creating dishes so easy!”

Jackie is livin’ the #MintyFreshLife

Not only are her culinary creations addictive, but so is Jackie’s personality and passion. The girl LOVES to live healthfully and with heart. Which is minty fresh in our opinion.

“I love what I do, so it’s hard to tear myself away from it and find balance but I do what I can by hanging out with people that have a great sense of humor, going to arcades, being active outdoors and weight training, as well. If you’re lucky you’ll catch me singing live band karaoke, dancing with friends or bowling.”