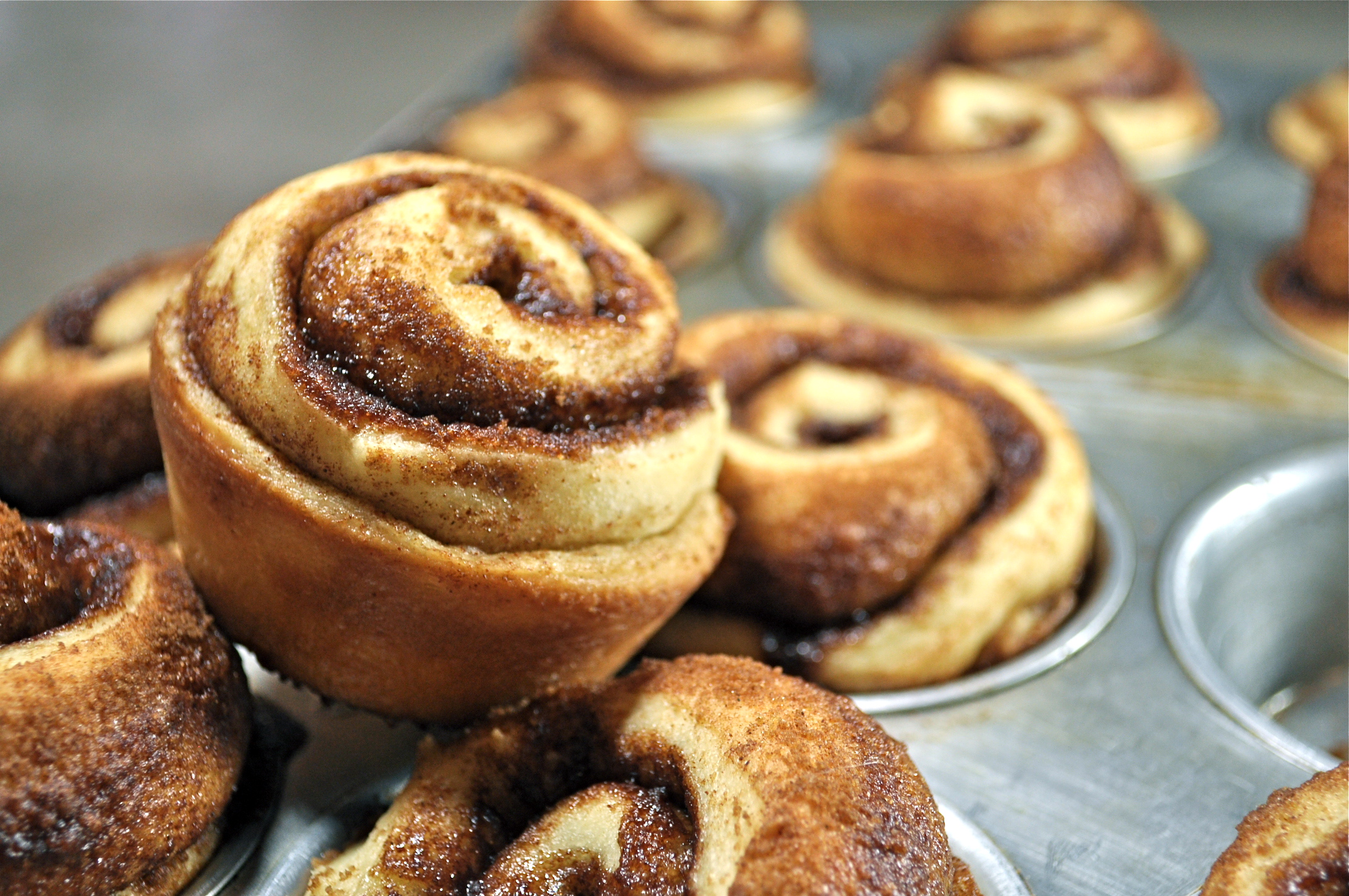 Cinnamon rolls are one of those sweet n’ spicy treats that everybody loves — even those who live a gluten free lifestyle. And because we don’t subscribe to the idea of living without your favorite things, we’ve put together a short list of easy-to-make gluten free cinnamon roll recipes. We’ve even included a vegan recipe, because when it comes to cinnamon rolls, everyone’s invited!

If you’re thinking, “Haven’t I see this before?” it’s because you have. We totally featured Ambitious Kitchen’s recipe in our post 7.5 Cinnamon-Inspired Gluten Free Snacks For Kids. But you know what? It’s just too delicious not to give a second mention. If you’re a vegan craving gluten free cinnamon rolls (as we know so many of you are!), hold onto this recipe with your life.

Let’s face it, choosing to live a #mintyfreshlife requires a little sacrifice every now and again. And one of the greatest sacrifices has got to be Cinnabon — ooey, gooey, sticky, hot, fresh, scrumptious Cinnabon. If you miss this sinful indulgence as much as we do, this is the recipe for you. Recreating Happiness is the blog, and the name doesn’t lie.

This is the perfect recipe for when you’re short on time but you really need to eat gluten free cinnamon rolls. The cream cheese icing is to die for!

We absolutely adore this gluten free cinnamon roll recipe because it’s easy. E-A-S-Y. Thanks to Bob’s own Gluten Free Pizza Crust Mix (which sounds like a strange ingredient, but it’s actually perfect in every way), you’ll be gluten-freed — from complicated flour combos, that is. No xanthan gum? No problem. Fresh out of tapioca starch? Us too! Bob has condensed what is usually a mile-long list of ingredients into one magic mix, making these gluten free cinnamon rolls a breeze to make.

We can’t tell you how many times we’ve gotten a craving, carefully chosen a recipe, and psyched ourselves out to eat hot, fresh cinnamon rolls, only to realize there’s no yeast in the pantry. Seriously — what gluten free dieter stocks up on yeast? So when we discovered Gluten Free on a Shoestring’s yeast free gluten free recipe, we were extra impressed. Complete with granulated sugar and real butter, these gluten free cinnamon buns are a rare treat, but a tasty one nonetheless.